As of writing this article Microsoft has 3 container images. Bellow is a list of the Windows Insiders Base Images. You need to be running the latest release of Windows 10 Insider Preview to be able to use them. Docker for Windows will also need to be installed. Read how to do this here.

How do you get it?

This bit is easy. Open up PowerShell and use the following command.

I know you should not always use the latest tag but its just easier than typing in the version number Microsoft has assigned to it.

How do you run it?

This also is easy. To run the Windows insider container, in the same PowerShell window type the following command. I am going to add PowerShell on to the end of the command, just so we have something to look at.

You will now be at a PowerShell prompt inside the container. Have a look around.

You can also use the container image to make your own images. For this you can use dockerfiles. I will hopefully go into dockerfiles in more detail in future posts.

Thanks for reading and I hope you found this article helpful. If you have any questions reach out in the usual methods. 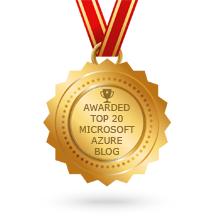 Reading Time: 4 minutes Share:This blog post is part of a series of blog posts for Azure Back to school https://azurebacktoschool.tech by Dwayne Natwick. For the whole of September different community members will be creating a blog post or Read more…

Read about my journey from Monolith to Microservices

Reading Time: < 1 minute Share:Where I work we have been on a journey from Monolith to Microservices. I have written a blog post that some of you may like to read. I talk a bit about AKS and windows Read more…

Reading Time: 3 minutes Share:If like me you are using Azure Container Registry (ACR) to store your container images you may want to scan them for vulnerabilities. Now you can thanks to the Azure Security Centre standard tier. In Read more…